Skip to content
As it may be, the time has come to change the channel from "An Unhappy Life" TV.

The Black and White TV

“Remember not the former things, nor consider the things of old. Behold, I am doing a new thing; now it springs forth, do you not perceive it? I will make a way in the wilderness and rivers in the desert. Isaiah 43:18-19

The old saying “rules were made to be broken” didn’t apply in my family. In fact, my grandma had so many rules I don’t know how she thought we’d remember them all. But now that I think about it, we did remember not to forget grandma’s rules. I remember when I couldn’t change the channel but I can now.

As it may be, the time has come to change the channel on your “This is Your Life TV” from “The Unhappy Life show to A Recipe for Eternal Life.” The life you live should no longer be viewed in black and white? The Father wants you to see the kind of life that He has prepared for you in living color. Like grandma, you control the dial, remote or button. At some point, you won’t have an option of blaming others, the world or God for staying tuned to programs designed to steal joy.

Some of grandma’s rules made lasting effects. Rules related to watching her only black and white TV was one. Upon entering grandma’s house the first room you see is the living room where the infamous floor model TV in a cabinet rested.

The first and most important rule about grandma’s TV is, “you can’t turn it on unless she asked you to. No, don’t even think about it. The rules governing the operation of grandma’s TV didn’t hang on whether anybody had already turned the TV on or was even in the room for that matter.

The thing is, the only hand charged to turn that TV on was grandma’s hand. Bet you’re thinking grandma’s rules only applied to the grandkids? Well, think again. TV rules in grandma’s house did not discriminate, they went for her adult children as well.

We were brought up to ask first. It wasn’t long before everybody living in the house, or visited the house, lost count of how many times they asked grandma if it was okay to turn the TV on only to get a flat-out No!

Perhaps grandma’s rules about her TV wasn’t so bad after all. I mean, she did show some flexibility from time-to-time. For instance, it was not unusual to ask if you could turn the TV on and be surprised when she blurted out, “I’ll be up there in a minute instead of saying no!” The preceding response was code for don’t touch that dial, I’ll be there soon!

As children, to get overly excited about grandma’s response was premature. Until she turned the TV on, adjusted the sound to her liking, and tuned in to a channel, there was no telling what we were about to watch.

On the other hand, sometimes we could guess because grandma was a creature of habit. The one thing we could be sure of when waiting for grandma to turn on the TV was; “we would not be watching the 10 pm nightly news because our bedtime was at 8 pm. “I really miss watching TV with grandma.” 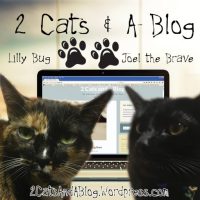 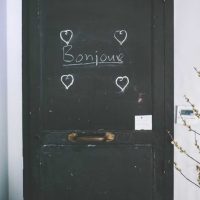 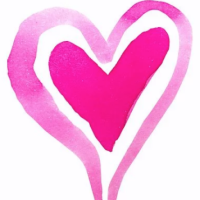