In the Book Genesis 27, we learn about the consequences of greed, selfishness, intentional deceit, and pitfalls commonly encountered when a mother or father exhibits marked favoritism toward one sibling over another. The story begins when ailing father Issac realizes an imminent fate is upon him. Before he goes by way of the earth Isaac wants to bless his eldest son Esau. Isaac also wanted his eldest son Esau to prepare his last meal.

The Bible tells us Esau was cheated out of his blessings by trickery and deceit set in motion by his mother Rebekah who favored younger son Jacob. Rebekah concocted a plan to fool Issac into giving Jacob Esau’s blessing. Here, we see a clear example of a mother intrusively coercing and corrupting her son for selfish reasons. Mother Rebekah was obsessed with Jacob receiving the blessing her older son Esau was entitled to because she loved Jacob more. Perhaps some are thinking, “how could a mother love one child more than another?” Well, sadly, it happens more times than we would care to admit.

However, I see a bigger problem here. How about “a mother teaching her son that it is okay to take something he is not entitled to, or that does not belong to him?” Even worse, to teach that same son how to make it happen is disturbing. Parents are supposed to raise a child up in the way he or she should go, right? “Train up a child in the way he should go, And when he is old he will not depart from it.” Proverbs 22:6 Heaven forbid if he or she does not depart from perfecting and engaging in behavior that results in cheating, stealing, and tricking another into relinquishing undeserved things, power, or trust.

We do live in an “instant everything world.” Jacob did something very evil, when he conspired to trick his father, in order to steal his brother’s blessing. Just as bad though, are Rebekah’s actions. As mothers, we have a responsibility to raise our children up in the way they should go. Jacob was the youngest son. Based on the story, his mother devised the entire plan to deceive Isaac. I can’t help but wonder who Jesus would hold most responsible for carrying out the act. Jacob wanted something that wasn’t his, but his mother not only gave him the idea to take it, but she also showed him how to get it.

The bible tells us to be like children in God’s sight. Yet, Paul instructs us to not be like children. Knowing and comprehending God’s Word helps us synthesize Scripture using tools like Parables and adaptable stories to achieve understanding. It seems that Paul is talking about spiritual maturity, but when God speaks about being like children, He is talking about spiritual obedience. Usually, the quality of a decision depends on one’s maturity level, both spiritually and emotionally. To realize the best outcomes, obeying God’s Word is crucial. In order to hear from God, the self cannot overshadow the relevance of God. I find that I have to be still and stop trying to control outcomes, for God to work in my life.

As parents, we should always pay close attention to the lessons we teach the children we bring into this world. God lends them to us to love, nurture, protect and train up in the way he or she should go. No child should be trained up to go in the wrong direction for any reason. In some cases no matter how well we train up offspring, some tend to deviate, but we must still do what God ordered us to do. The reason we do what the Father orders us to do is that He is Lord, and because it is never too late for someone to turn around, change, even demonstrate they heard you all along in the past when you were telling them the right thing to do! This is what the Scripture is referring to when it says in Proverbs 22:6 (ESV) “even when he is old he will not depart from it.” In other words, just because a child goes astray does not always mean they had no training. Many are like us, the parents, who did what they wanted to do in some situations until they realized what they were doing was wrong or self-destructive. Yes, sometimes people insist on experiencing certain things personally. It’s human nature! It is also the only way to mature and develop certain skills necessary to survive.

Who among us cannot say they’ve never made a mistake, took a wrong turn, or failed due to making a poor decision?

How many of those same people can say “I didn’t learn anything from that experience, so I’m going to keep making the same mistake over and over again?” Most likely, the answer to that question is pretty much none.

Some children tell stories about being treated differently because they were not as pretty or good-looking as their sibling(s), not as smart, born a girl instead of a boy, or vice versa. While these examples may sound too petty to become prominent causes of family dysfunction and self-destruction, I’m here to tell you you are dead wrong. Every bad habit, belief, or conception began somewhere, and it was not in a mother’s womb. The story always begins outside the womb, within walls, around dinner tables, in front of TVs, at school, at work, and yes, in the church.

Isaac’s blessing intended for his eldest son was precious, valuable, and predestined. In error younger son Jacob mistakenly believed a blessing he stole would perform as though it was given. His mother planted the seed, watered it, and watched it grow. Initially, it appeared Jacob would live happily-ever-after off the stolen blessing but in time he would come to realize the stolen blessing transformed into a curse. During Isaac’s era, and decades later, firstborns inherited the father’s blessing. While firstborn sons looked forward to the ceremonious occasion, sometimes younger siblings harbored resentment. After all who doesn’t want a blessing? In The Book of Genesis, Chapter 27, we learn a valuable lesson about various consequences of engaging in “theft by deception.”

Theft by deception is a distinctive brand of thievery because it entails an act of devising. Again in this situation, Rebekah, Jacob’s mother devised a plan to help her son take something that did not belong to him. The two, Jacob and Rebekah conspired to trick Isaac, Jacob and Esau’s father, so they could steal brother Esau’s blessing. When Jacob became an adult, something very dear, and priceless, was snatched out of his life, his beloved and esteemed son, Joseph. This was the beginning of the curse. Read more about the curse and ramifications affecting both mother and son Jacob:

The story of Isaac, Rebekah, Esau, and Jacob provides profuse proof of the power of persuasion, the danger of weak faith, and the type of undesired outcomes possible when a person sets out to do another harm in any way.

The caveat in Genesis 27 is mother Rebekah is the initiator and background officiate of the scheme to cheat Esau her oldest son out of his inheritance. Rebekah’s influence over her son Jacob is profoundly resonated through directives given and executed by younger son Jacob. Just think, what if Rebekah had put all that energy into directing Jacob to do something good?

Even though Jacob recognized the error of his eventual actions he did not regress. Mother Rebekah literally exhibits a sense of ultimate authority over Jacob. In this story, Rebekah portrays a mother having an unhealthy degree of rule over her younger son. In some instances, the argument can be made that Rebekah wanted Issac’s blessing for Jacob more than Jacob wanted it for himself. We see evidence of this in Genesis 27: 12-13. “

“My father peradventure will feel me, and I shall seem to him as a deceiver, and I shall bring a curse upon me, and not a blessing.

Rebekah was willing to devise a plan to make Issac believe Jacob was Esau by disguising him in various ways. She switched clothing to transfer Esau’s body smell to Jacob, and lastly, she thought up a way to make Jacob’s hands and neck feel like Esau’s. ” And she put the skins of the kids of the goats upon his hands, and upon the smooth of his neck:” Genesis 27:16

How far would you go?

“But Rebekah overheard what Isaac had said to his son Esau. So when Esau left to hunt for the wild game, she said to her son Jacob, “Listen. I overheard your father say to Esau, ‘Bring me some wild game and prepare me a delicious meal. Then I will bless you in the Lord’s presence before I die.’ … Go out to the flocks, and bring me two fine young goats. I’ll use them to prepare your father’s favorite dish. Then take the food to your father so he can eat it and bless you before he dies.”

“So Jacob took the food to his father. “My father?” he said …“It’s Esau, your firstborn son. I’ve done as you told me. Here is the wild game. Now sit up and eat it so you can give me your blessing.” Then Isaac said to Jacob, “Come closer so I can touch you and make sure that you really are Esau.” So Jacob went closer to his father, and Isaac touched him. “The voice is Jacob’s, but the hands are Esau’s,” Isaac said.  But he did not recognize Jacob, because Jacob’s hands felt hairy just like Esau’s. So Isaac prepared to bless Jacob. “But are you really my son Esau?” he asked. “Yes, I am,” Jacob replied.”

“Then Isaac said, “Now, my son, bring me the wild game. Let me eat it, and then I will give you my blessing.” So Jacob took the food to his father, and Isaac ate it. He also drank the wine that Jacob served him. Then Isaac said to Jacob, “Please come a little closer and kiss me, my son.” So Jacob went over and kissed him. And when Isaac caught the smell of his clothes, he was finally convinced, and he blessed his son.” (Genesis 27:5-19, 21-27)

During Isaac’s era, and decades later, firstborns inherited the father’s blessing. While firstborn sons looked forward to the ceremonious occasion, sometimes younger siblings harbored resentment. Who doesn’t want a blessing? In The Book of Genesis, Chapter 7, we learn an invaluable lesson about various consequences of perpetrating “theft by deception.” Theft by deception is a distinctive brand of thievery because it entails devising. In this situation, Rebekah, Jacob’s mother devised a plan to help her son take something that did not belong to him. The two, Jacob and Rebekah conspired to trick Isaac, Jacob and Esau’s father, so they could steal brother Esau’s blessing. They succeeded in taking Esau’s blessing, but in the end, the blessing became a curse. When Jacob became an adult, something very dear, and priceless, was snatched out of his life, his beloved and esteemed son, Joseph. This was the beginning of the curse. 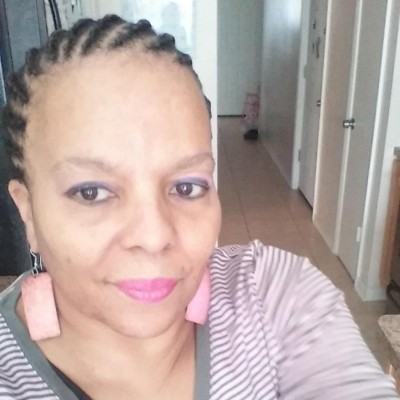 I have read that many times and never saw all that especially about Rebecca. So much revelation and so true.

I’ve read the story and discussed it before as well without reflecting on Rebekah’s contribution to her younger son Jacob deceiving his father. So many layers. Thanks for commenting.